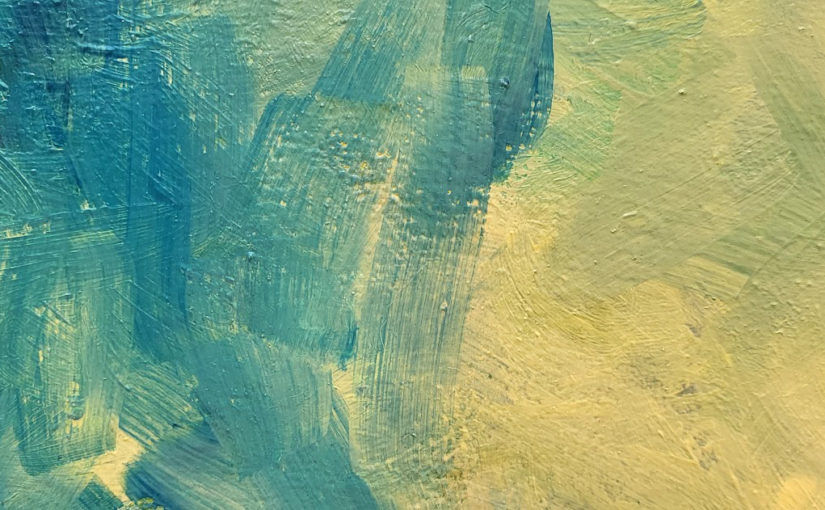 Catherine Delmas-Lett was born in Paris in the 60s. She is the eldest, with her twin sister, of a sibling of five children. She found her artistic vocation very early, in contact with the crystallerie de Valerystal , in which she lived from the age of one to seven years old. Graduated from ESAG Penninghen (Académie Julian) in 1984, she started a career as an interior architect in Grenoble, in the architectural firm Groupe 6.

In 2000, she and her husband moved to Doha in Qatar, where they resided until 2015. It was during this time that she fully dedicated herself to her painting. She held art workshops and in 2011 she established the “Rencontres Artistiques” at the Katara Art Center, thus enabling Francophone artists to come together and work on different themes.

In 2015, she departed from Qatar to Malaysia, settling on the eastern coast of Terengganu. Isolated in a modest rainforest near the sea, she absorbed her surroundings and reflected her emotions and experiences in her artwork. She wrote small poems depicting her life as an urbanite in the jungle, often directly mirroring her daily life.

A journey from the Malaysian jungle to the city proved to be a great challenge. Malaysia’s natural environment is truly outstanding, while the city, its pollution and its myriad restrictions, can be off-putting. The Covid pandemic has only exacerbated all of these problems, though thankfully some greenery has served to alleviate some of the distress.

Against a sky of azure blue, the yellow-orange rays of a setting sun, a privileged moment, an instant of rare beauty. This halo of light draws me away, the splendour of this moment so blinds me that my usually chatty mind pauses.